The house of Medici

The Medici: from the rise to power to the end of the dynasty

An itinerary to retrace the footsteps of Medici, the banking family who managed to maintain supremacy in Florence and Tuscany for centuries, gaining so much richness and prestige to be remembered forever.

This guided tour travels from the buildings that symbolize the Medici power to their private residences, which still house wonderful Renaissance paintings, frescoes and statues, evidence of their strong sensitivity to culture and art. 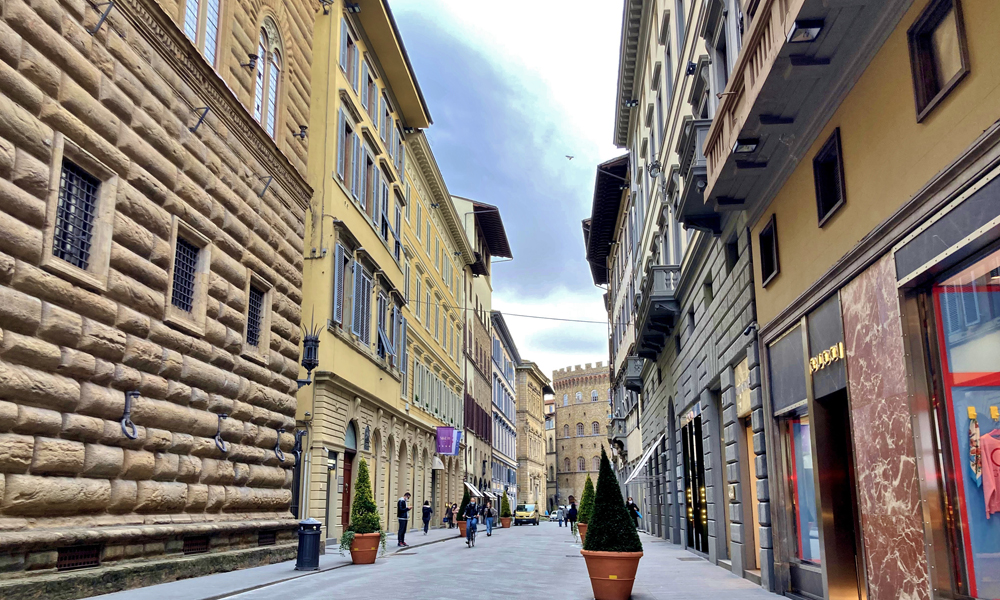 Our tour will begin with a walk through the main squares of the historic center to know more about the history of the city, its most significant buildings and the Medici family that maintained its undisputed power over Florence for centuries. Historic houses, Gothic churches and Renaissance sculptures enrich all the squares of Florence historic center, transforming it into a real open-air museum. Much of this artistic and architectural heritage comes from the legacy of the Medici, not only men of power, but also great art collectors and lovers, who commissioned incredible works of art to the best artists of the time and made the city the cradle of the Renaissance. 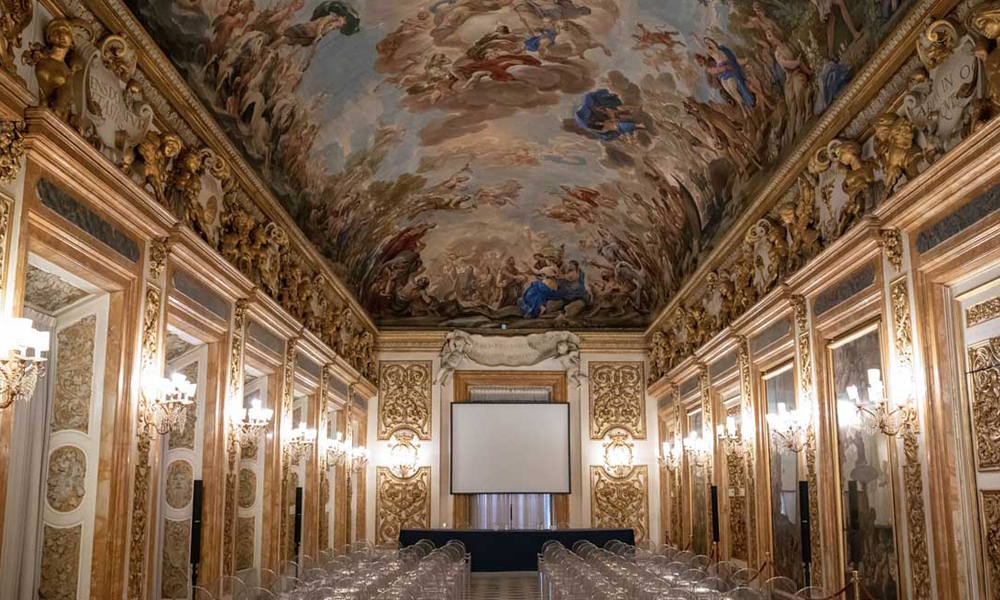 We will continue the tour in the halls of Palazzo Medici Riccardi, the first Medici private residence in Florence built in the 15th century in Renaissance style, which served as an example for all the next civil buildings of the historic center. Cosimo the Elder and Lorenzo the Magnificent lived here, and the greatest Renaissance artists of all time worked here as well. This is the place where the Medici began to impose their hegemony destined to last for centuries and where the history of Florence and the Renaissance began! 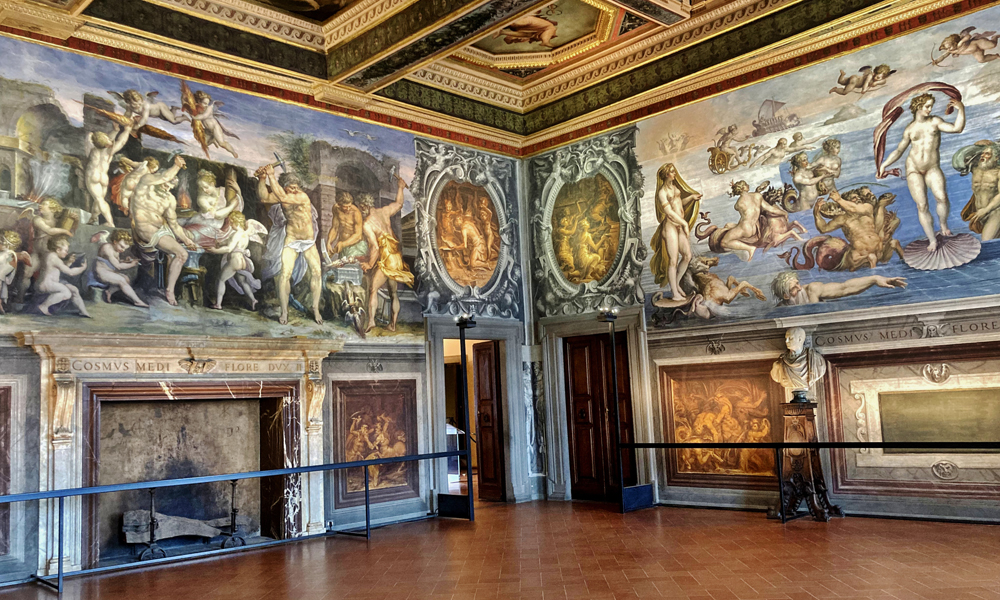 In the sixteenth century, when the Medici supremacy had almost reached its peak, the family began to express the need to be even more at the center of Florence political life, and therefore decided to move to Palazzo Vecchio in Piazza of the Signoria, the heart of the city. The palace was the first seat of the Florentine republic, and then became a Medici private residence, who enlarged and modified it according to their taste and needs. We will start from the amazing 16th century hall frescoed by Vasari, we will cross the Grand Duke and Grand Duchess apartments, and we will discover secret rooms and passages that the Medici built to carry out their private activities away from prying eyes. 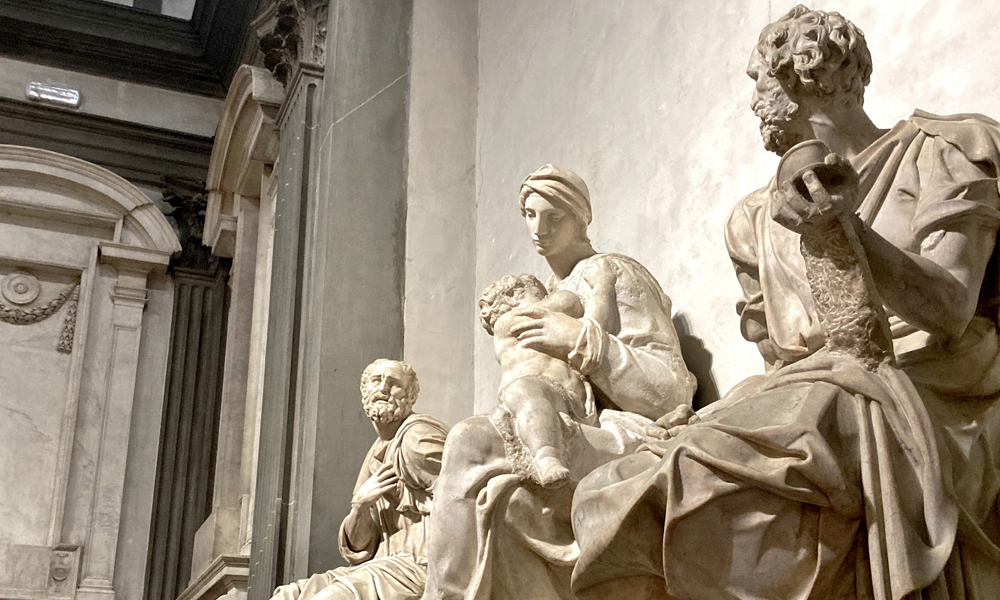 We will end the tour with a visit to the Medici Chapels, the largest mausoleum of the Medici family, partly designed and decorated by Michelangelo with statues and sarcophagi full of hidden meanings and symbolism. The Medici knew that the fame and power obtained in life was destined to vanish after death, so they wanted to create a unique and suggestive place where their souls and deeds were handed down for eternity, symbolically represented by their tombs, which are incredible works of art. 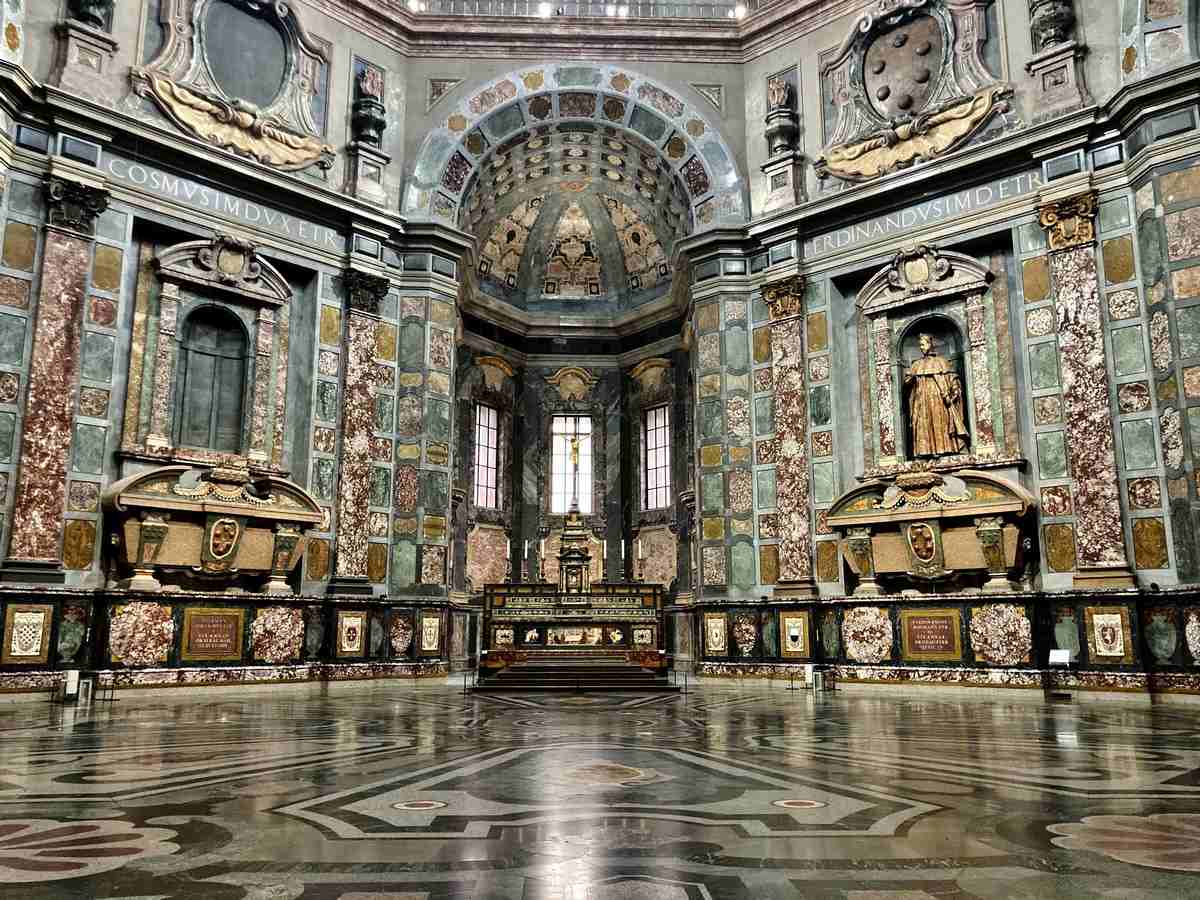 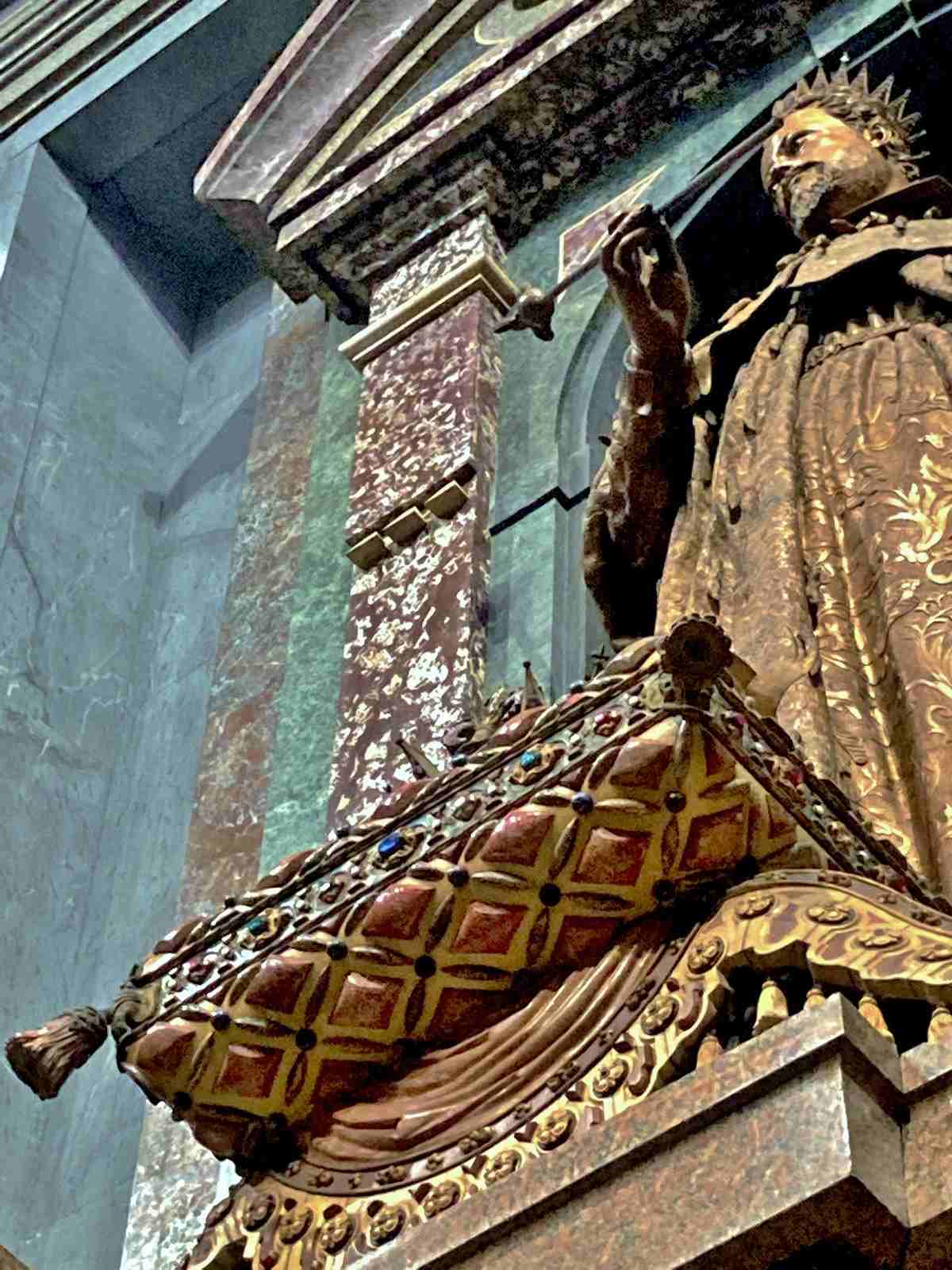 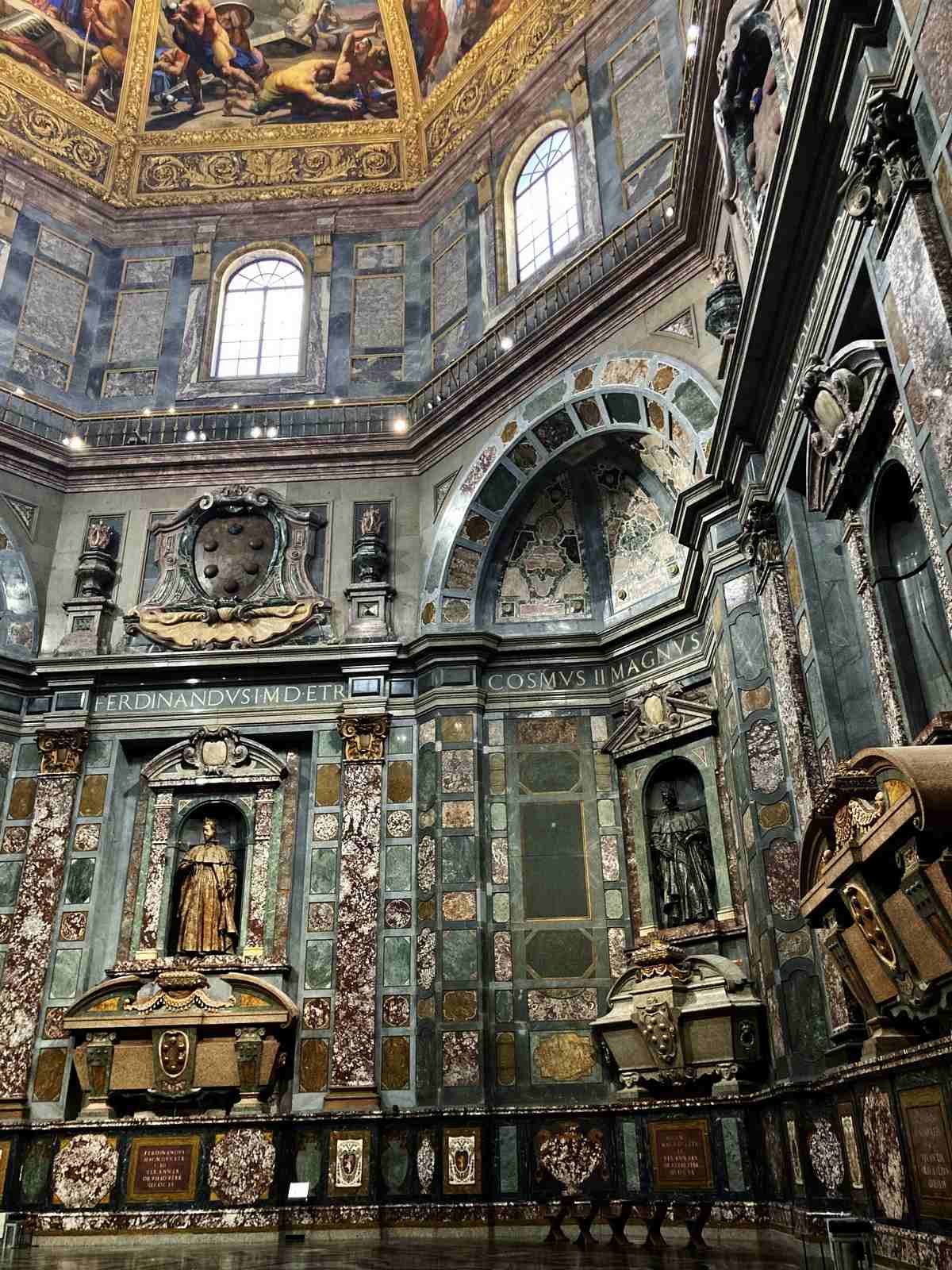 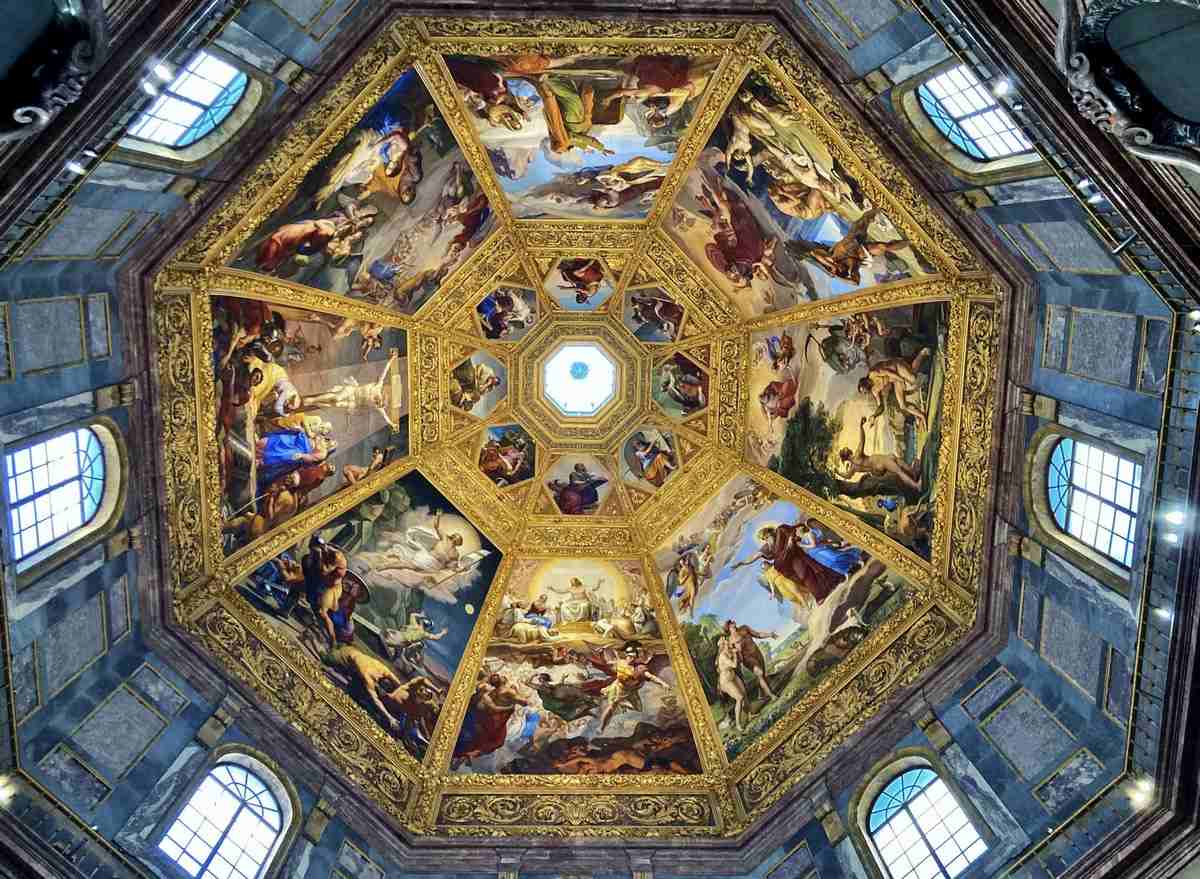 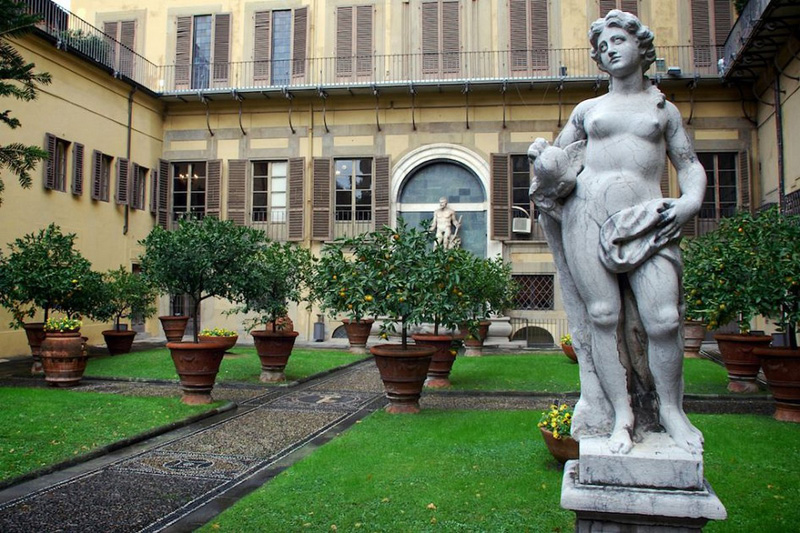 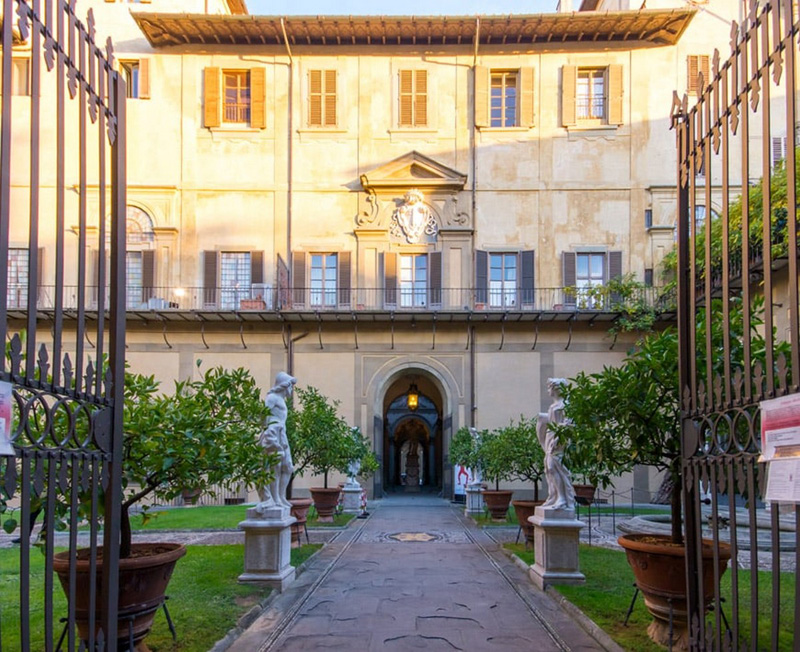 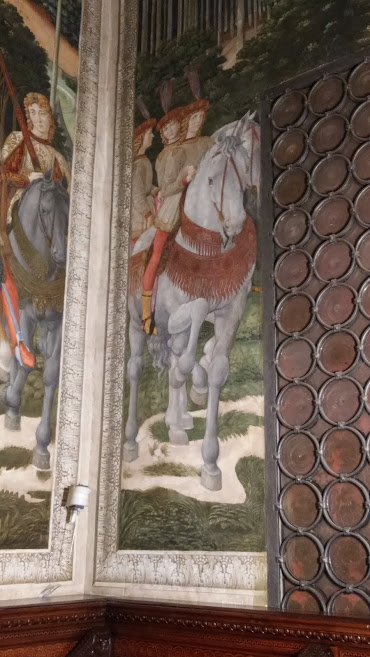 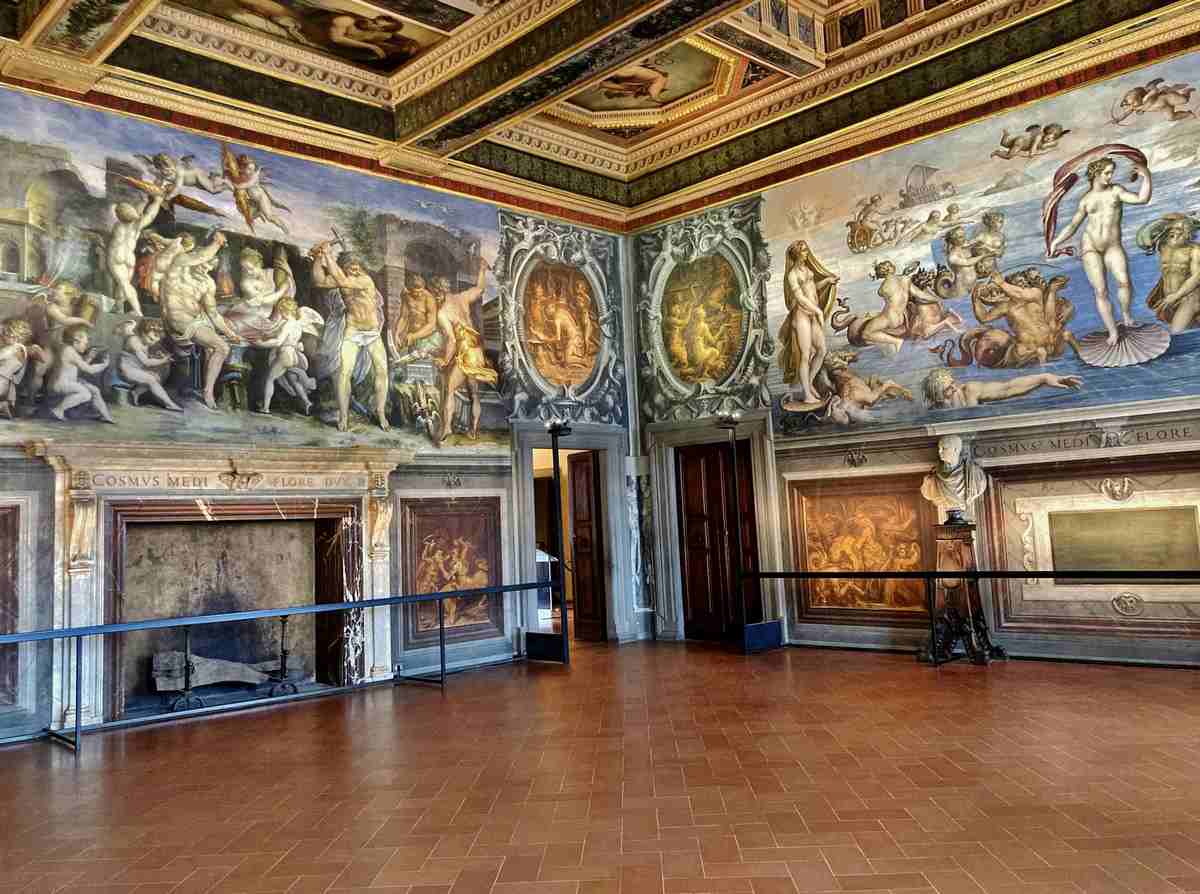 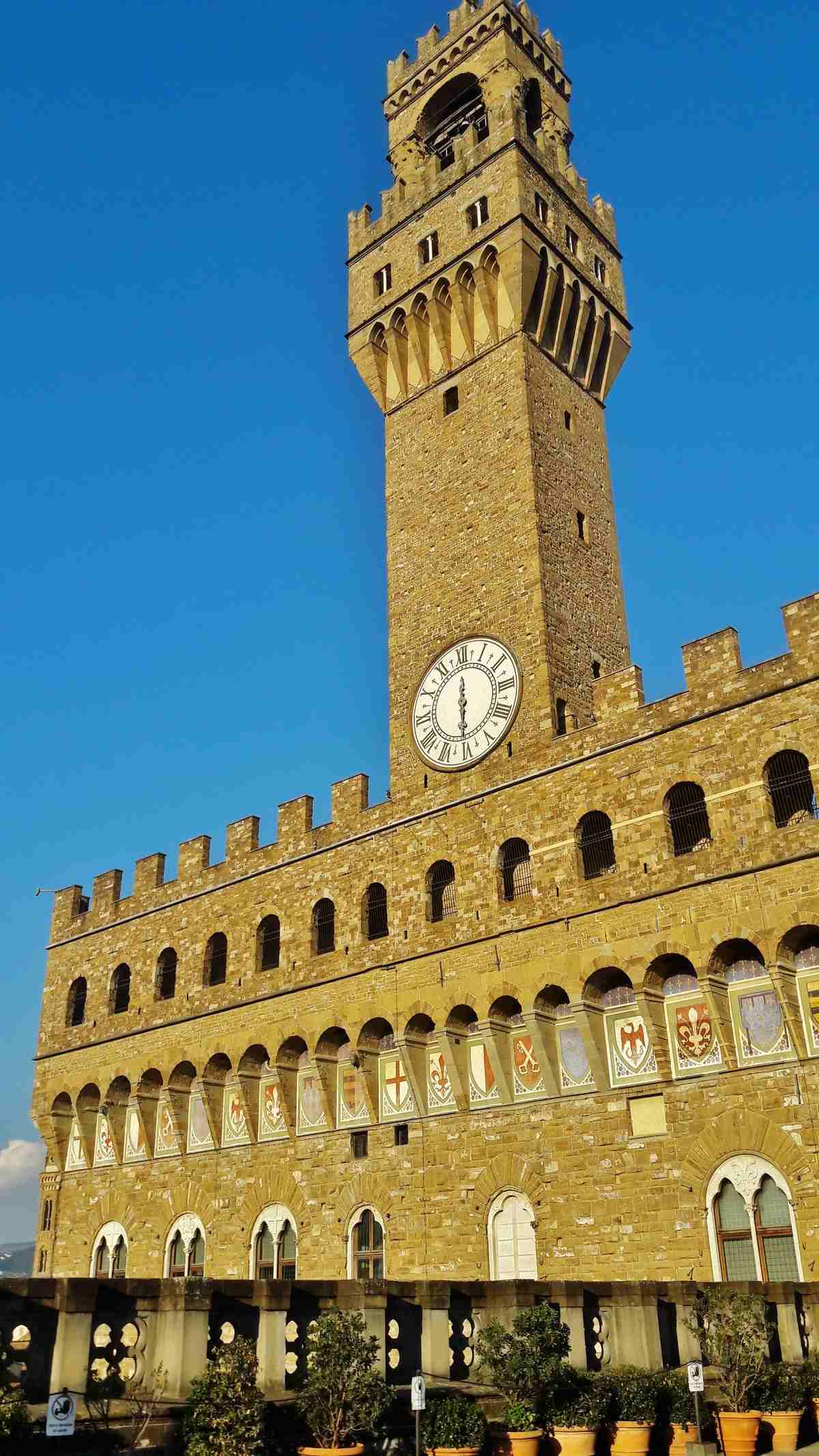 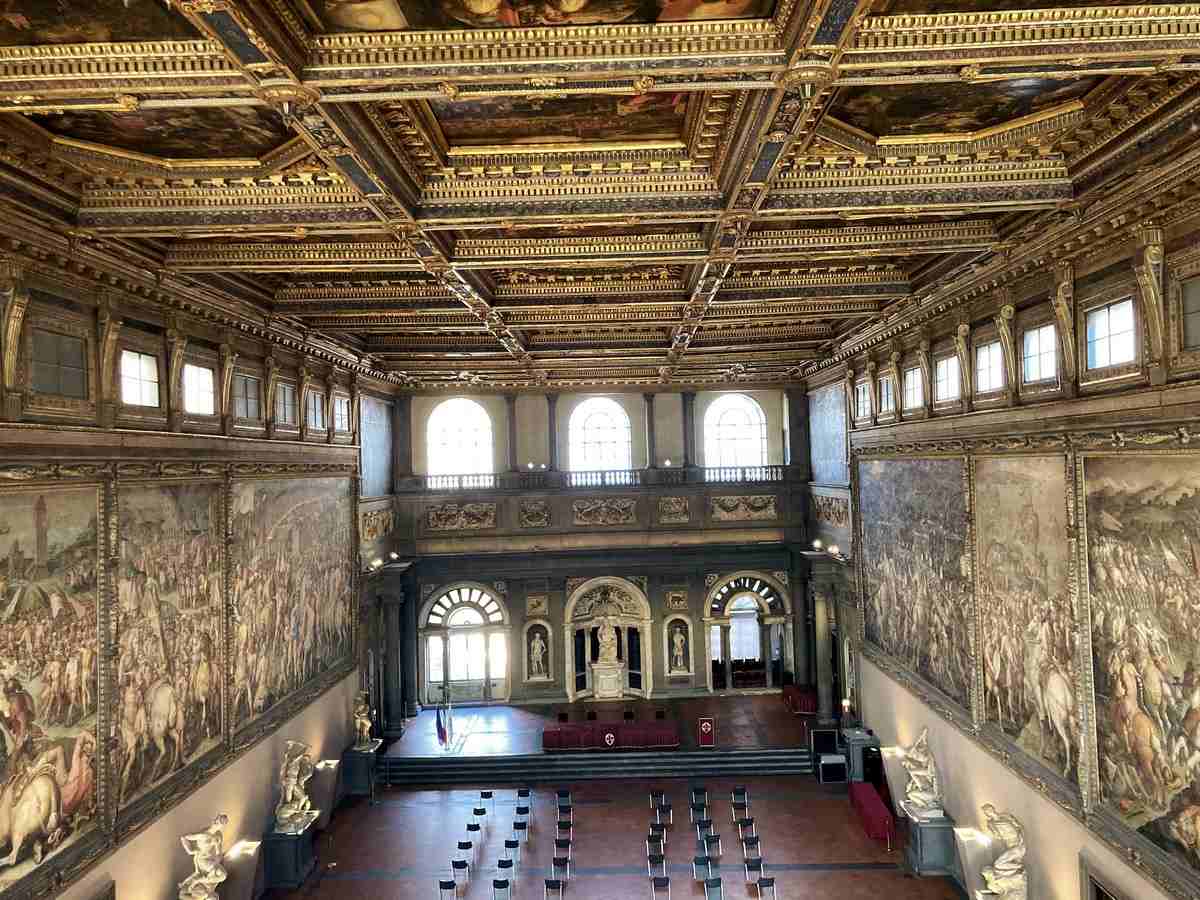 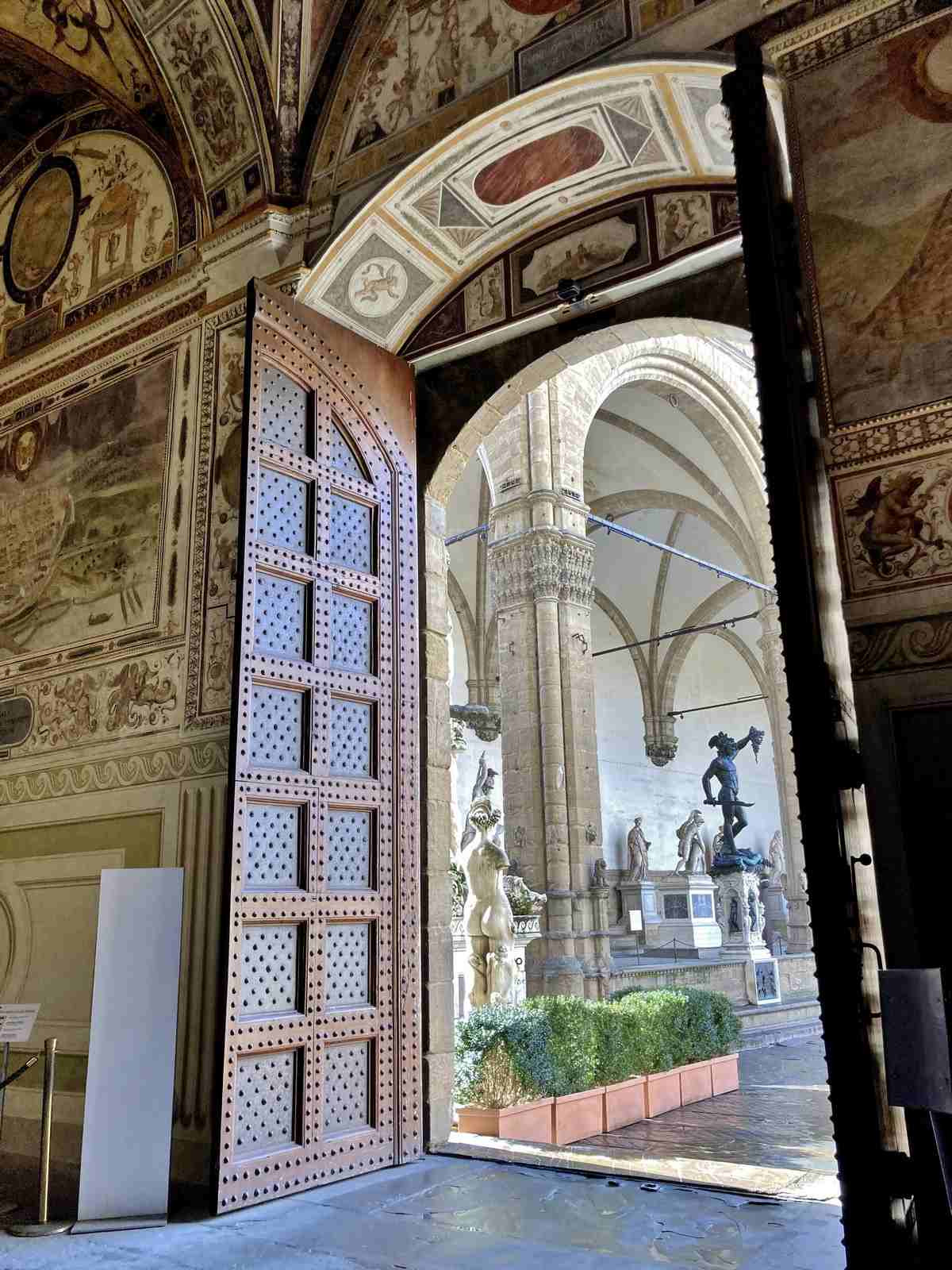 The Medici Chapels are open every day from 08.15 to 14.00 (last admission 13.20).
Closed on the II and IV Sunday of the month; I, III and V Monday of the month; Christmas and New Year's Eve.
Full ticket: € 9.00
Reduced ticket (young people between 18 and 25 years old and university students): € 2.00
Free for under 18s.
Additional cost for early booking: € 3.00
Appropriate clothing is always required. Furthermore, to enter the church it is mandatory to cover shoulders and chest and to wear knee length clothes or trousers. It is recommended to bring a scarf or a sweater with you to cover yourself when necessary.
If you book a tour with me, I will help you book skip-the-line tickets for all museums or churches that we will visit together.
Booking a guided tour with a local tour guide allows you to plan your visit in the best possible way, recommended and lead by an expert who knows the city very well and is more familiar with managing times and itineraries (museum reservations, skip-the-line tickets, alternative routes, tour customization, etc…).
It is also a great way to immerse yourself in the local culture, discovering not only historical and artistic information but also curious anecdotes and legends.
All my tours are customizable according to your requests and needs. Let me know what you like or what you are looking for and I will create a tailor-made tour for you.
All my tours are private; this means that any tour you decide to book will be exclusively for you, your partner or your family and there will be no additional participants other than those chosen by you. This guarantees you total flexibility and independence.
Copyright © 2022 by Florence, what else?