Today I’ll take you with me to the magical world of crystals and Italian craftsmanship!

In my last article I told you about a splendid Tuscan small town called Colle Val d’Elsa which, in addition to its ancient house-towers and its evocative medieval atmosphere, is internationally known for the production of handcrafted crystals. In fact, 95% Italian crystal and 14% of global crystal is produced here.

While I was exploring the town and its artisan shops, I had the pleasure of meeting one of Colle Val d’Elsa best known local craftsmen, Luciano Bandinelli, who told me about the origins of this production and also the history of his family that has been involved in this business for generations. 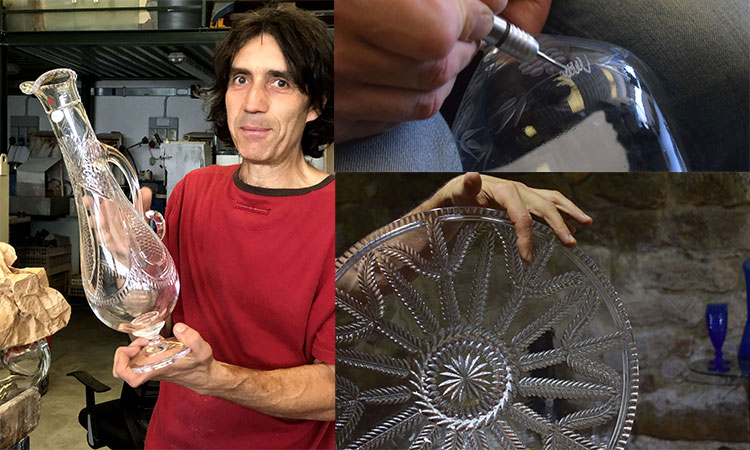 I discovered that the first news on glass processing dates back to 1406 and that in 1577 this business had already become fundamental as the Grand Duke of Tuscany, to enhance and protect it, prohibited the foreign glass trade.

The modern glass industry of Colle Val d’Elsa developed in 1800 when the French Mathis family founded an important glass factory here that after a few years became known all over the world. The fame of this production continued until the first half of the 1900s when the only large glass factory left in Colle was closed.

From that moment on many small crystal shops were born and some of which, thanks to the tenacity and talent of local craftsmen, have survived until today: among these there is the Grotta del Cristallo of Luciano Bandinelli.

The difference between glass and crystal

Luciano took me to his workshop where, after explaining the difference between glass and crystal (which mainly depends on the presence of lead oxide in the crystal), he showed me how to obtain engraved glasses using the grinding technique (in Italian called molatura). 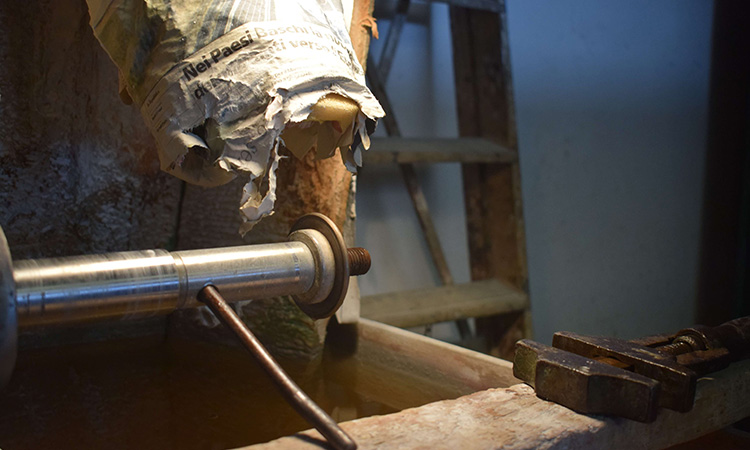 Grinding technique consists in transforming, modeling, engraving and carving what glassware has molded

this is how Luciano described this technique to me and, using a large abrasive wheel called grinding wheel, he placed the glass on it and with small manual movements he began to create many small decorations. Furthermore, these movements must be extremely precise and calibrated otherwise too much pressure on the crystal would end up ruining it and losing too much material.

After the last finishing touches and details, Luciano showed me a splendid drawing of a bunch of grapes, entirely handmade following this artisan technique that has been used for about 200 years and which has remained almost completely unchanged, not for the fact that now the wheel works automatically and no longer with pedals.

La Grotta del Cristallo, a shop inside a rock

After visiting his laboratory, we moved to his shop which is located right in the heart of Colle Val D’Elsa, behind the Arnolfo tower.

A small jewel carved into the rock where some of his handcrafted products are exhibited: not only crystal glass set, but also water glasses, jugs, bottles, perfume ampoules and many other crystal accessories for the table and for the home, which can also be customized with special engravings or designs according to the customer’s requests.

I fell so in love with these handcrafted products that I have chosen some of them to present on my e-commerce and that you can find here, perfect if you are also looking for engraved crystal gifts. I have selected my favorite crystal glasses for white, red and sparkling wines, to elegantly decorate the table but also to taste wine at its best because, as I was taught in the sommelier course that I have been following in the past few months, each wine has its perfect glass which enhances its properties and aromas. 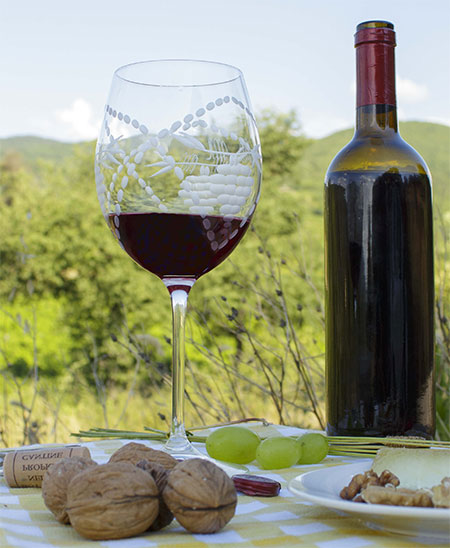 I am always very fascinated by how Tuscany region has managed to keep all these ancient artisan techniques and traditions intact and I strongly believe that it is important to protect and enhance them as much as possible, to prevent them from being forgotten in the future.

If you love niche and high quality shopping, I am sure you will appreciate Luciano’s creations and if you want to discover some other secrets about the world of Italian craftsmanship, I would like to accompany you on an exclusive  Florence artisan tour where you will meet local craftsmen and admire 100% made in Italy, indeed made in Tuscany, handcrafted products.