In today’s local food guide I’ll talk about one of the best Italian cheeses, as well as my favorite: Pecorino Cheese.
I like to call it the king of italian cheeses which you can never miss if you participate in a food and wine tour in Tuscany and that you will undoubtedly find on the table of all restaurants and trattorias in and around Florence.

To find out more about the history and the techniques of cheese making in Tuscany I decided to visit a pecorino cheese factory in the Chianti area, just 5 minutes from my home, and I was pleasantly welcomed by Mr. Giovannino Nieddu and his wife Sandra.

Just think that Giovannino Nieddu has been making cheese since 1967 and has a herd of about 200 Sardinian sheep from which he gets fresh milk every day. Everything is 100% natural since his animals eat only grass, acorns and cereals and no herbicides, chemical fertilizers or other additives or preservatives are used to force production. This means that the final result will be completely genuine and of the highest quality.

Cheese: one of the world’s oldest food

Before showing me how to make cheese, Giovannino told me that cheese making in Tuscany works exactly like millennia ago. In fact, it is one of the oldest food products and the first consumers were first the Etruscans and then the Romans, which highly appreciate this product thanks to its high storage capacity, excellent nutritional value and easy portability. 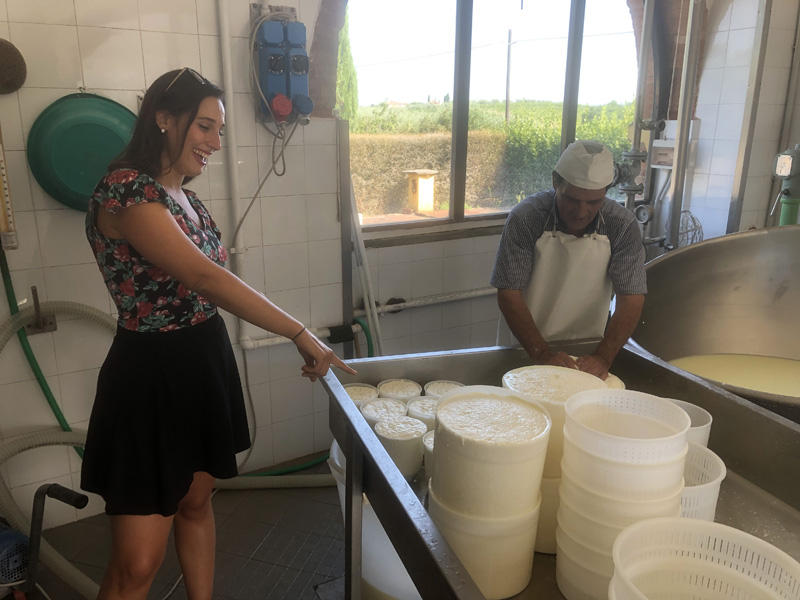 To protect its origins and its production, since 1996 pecorino has obtained the PDO designation, Protected Designation of Origin, and therefore all its production phases, including the geographical areas of production, are strictly established by a specification recognized by the European Union.

The rules are more or less the same as those concerning all the other types of cheese in Italy but specifically pecorino pdo requires that the rennet is exclusively of veal, the breaking of the curd takes place after about 20 minutes from the beginning of the processing and that the salting lasts only one day.

How is Tuscan pecorino cheese made?

After a bit of history and technical information, Giovannino starts making cheese!

He takes fresh milk and the first step is pasteurization. Rennet is added to the milk, which contains various substances including an enzyme that allows milk to coagulate and makes casein, the milk protein, more digestible.

From the coagulation of the milk he obtains the curd, that is a pasty mass which will be divided from the whey, the liquid part, and used to produce the cheese. It is placed in special perforated containers to make it separate from the whey and in some cases manual interventions are used to eliminate any left liquid. 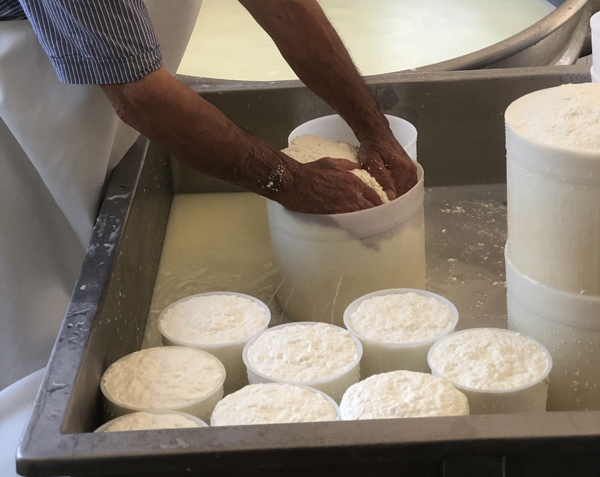 After that the cheese is placed in molds that will give it size and shape and then passes first to salting and then to maturing, which can last for days or months depending on the type of aroma and flavor the producer wants to obtain. The more the cheese ages, the stronger, sharper and more intense its flavor will be.

From the cheese you can get Ricotta!

Following the saying that nothing can go to waste in the kitchen, ricotta cheese can be made with the remaining whey. This is obtained by heating the whey, which is why the name Ricotta in Italian means “cooked again”, up to 95 ° until it forms white flakes.

It is the milk proteins that, due to the heat, thicken and emerge. At this point the flakes are collected with a slotted spoon, placed in perforated baskets to drain them from the excess liquid and given them the typical shape of ricotta. 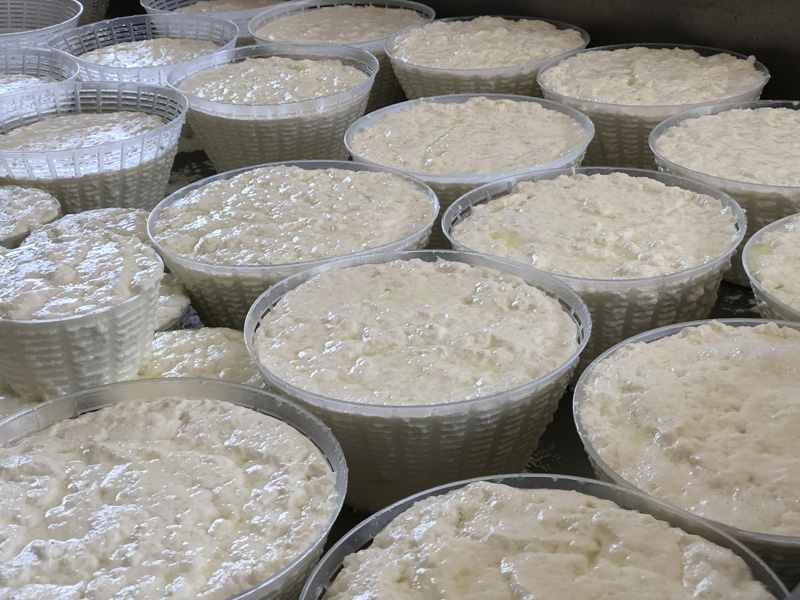 And here it is! Ricotta is done, ready to be eaten,  super fresh and still warm!

Pecorino cheese tasting and guided tour of the farm in Tuscany


After the demonstration of how Giovannino produces Tuscan pecorino and ricotta, his wife Sandra accompanied me to the cellar where they keep their cheeses for the seasoning.

Not only fresh pecorino, semi-matured or matured, but also pecorino cheese flavored with chilli and truffles: in short, a real cheese paradise. 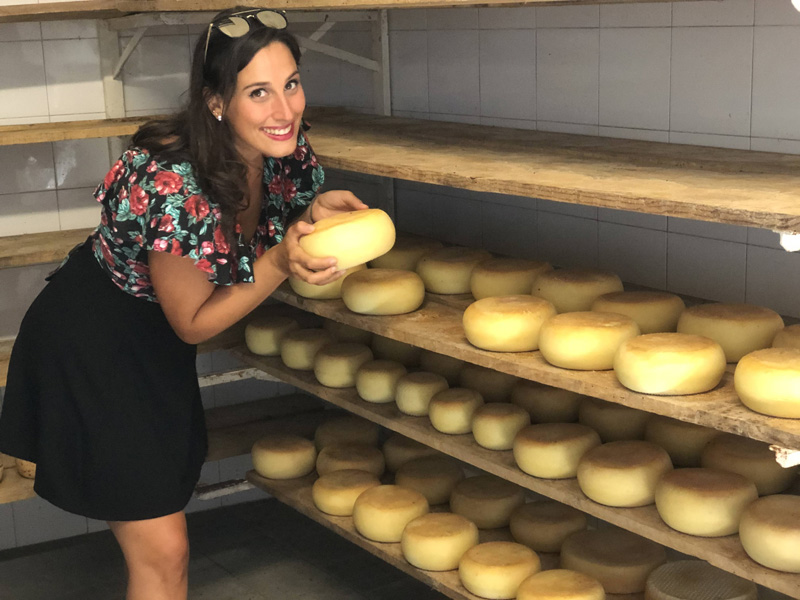 I couldn’t resist and took home  with me a fresh ricotta and a whole pecorino, which clearly finished after 2 days.

What about you? Do you like Tuscan pecorino? If you want to know more the best italian cheeses and local food or if you are interested in a food and wine tour in Florence and Tuscany contact me in private.